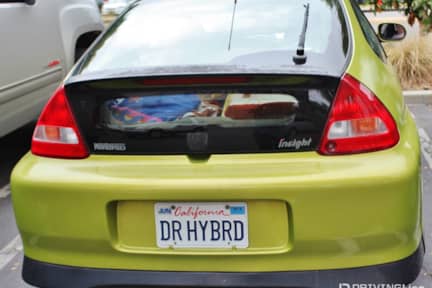 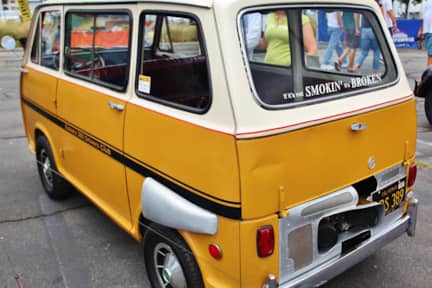 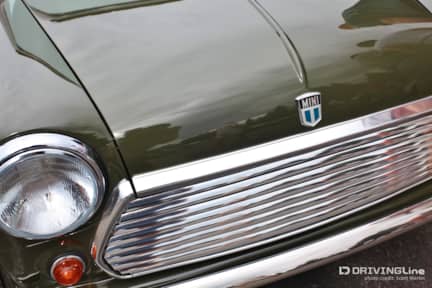 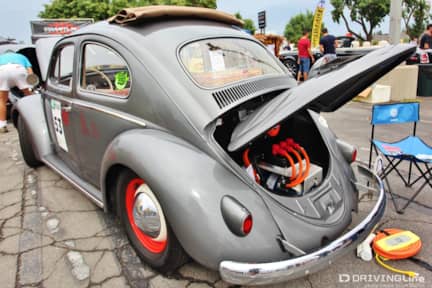 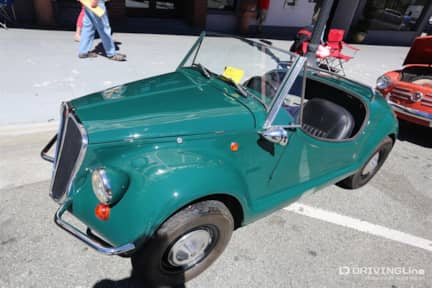 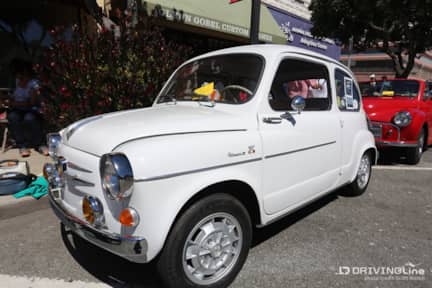 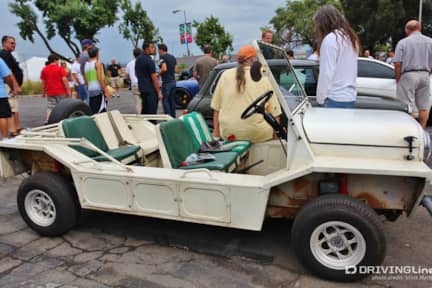 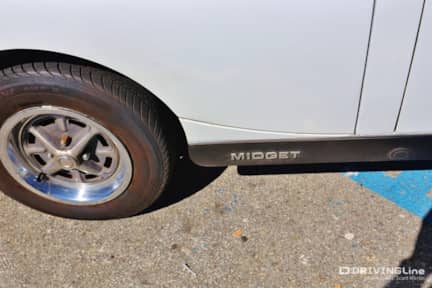 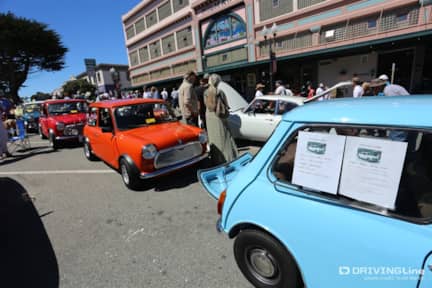 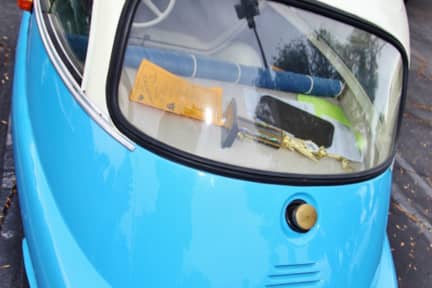 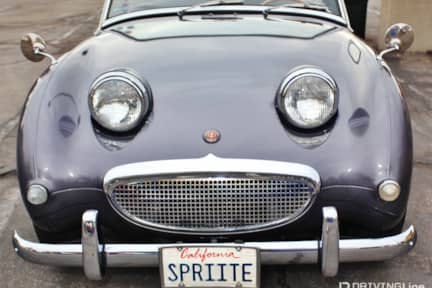 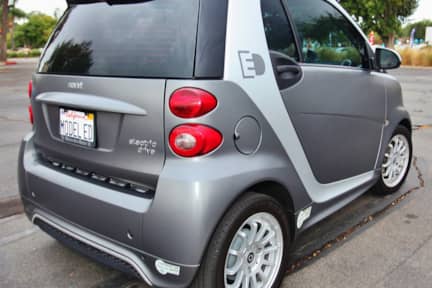 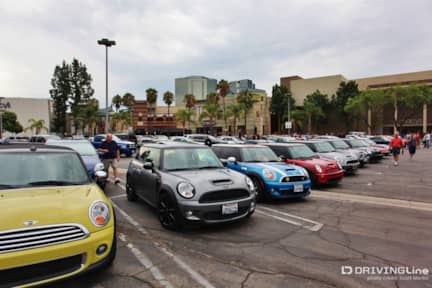 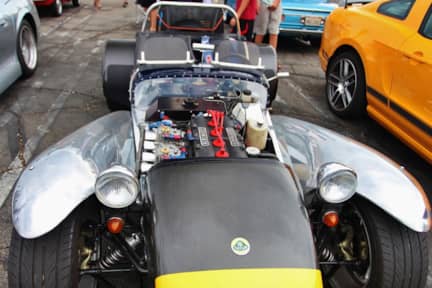 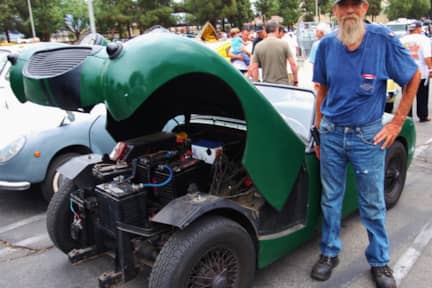 Microcars, or at least the most modern version of them, appeared after World War II in Europe and Japan. You can think of them as the logical step between a scooter and a “real car” and  (although the US Vintage Microcar Club says 1000cc or under). They’re also described as “economy vehicles with either three or four wheels.” The main advantages at the time were considered to be 1) fuel economy; 2) ease of parking; 3) fun factor; 4) in some countries you didn't need a driver's license to drive them (Germany, France, Spain, Italy and Austria to be exact.)

These classic, quirky vehicles were in vogue for a relatively short time before retiring into obscurity. But Microcars didn't really go away - they just became collectible. So collectible, in fact that a Peel Trident, a tiny red 1966 “bubblecar” sold for the anything-but-small price of $103,500 in a recent RM auction. A 1961 Isetta 300 pickup, the only one known to exist, sold for $63,250, or about $672.88 per inch! A 1956 Eshelman “Deluxe Adult Sport Car” which looks a lot like a scaled-up pedal car with no top or doors was a relative bargain at $15,525.

As values rise and interest continues to climb for all collectible vehicles, Microcars as investments seem almost affordable in the overall scope of the marketplace. Television shows such as the 3-episode documentary by James May entitled Top Gear: Cars of the People feature many of these cars and their part in the popularity of motoring around the world.

In recent years, with fuel economy and ease of parking becoming a bigger concern, microcars, or at least minicars, are trending again. Fiat, Smartcar and Mini are growing in sales — Fiat is even releasing a new 2015 version of it's original '57 500 model, saying, "The 1957 FIAT Nuova 500 was a true original. Launched during a rich period of cultural milestones, the compact, beautifully designed 1957 FIAT Nuova 500 represented a new idea and brought transportation to everyone. Today the transcendent style and excellence of this authentic original lives on in the new 2015 FIAT 500 1957 Edition.” I think that says a lot for the original cars upon which these new models are based.

While the idea of commuting in a small, possibly cramped, car may not appeal to most, these tiny microcars can actually be quite fun! Getting to experience them in person clues you in to why smiles seem to be infectious around them.

I had the unique opportunity this month to experience two very different car shows featuring quite a few great, restored versions of the tiny mobile masterpieces and some of their slightly larger relatives. Microcar Marque Day was a blast at Supercar Sunday — event founder and organizer, Dustin Troyan, even got involved in the action, sitting in what he called. “The smallest car I’ve ever been in…” a 1967 BMW 250 Isetta.

From Subaru’s to Fiat’s, these original “mileage kings” were fun to see and according to their owners, they are really fun to drive.

Rounding out Supercar Sunday were a bunch of Mini’s (not Micro’s but still pretty small), SmartCars, Fiat 500’s, gas and battery-powered Austin Healy Sprite’s, the world’s smallest sports car, a Lotus Super Seven, and even a couple of "microdogs" to go along with the theme!

Comedian Jeff Dunham brought out his fully-restored 1949 split-window Volkswagen Beetle with Semiphores (mechanical turn signals) and hand-crank-starting motor. Although Bugs are not technically Microcars, they were definitely considered small for their day and this classic car was a great addition to the special Marque Day.

Heading North to Monterey Car Week, I saw more than my share of Micro and Mini cars all over the roads and at the auctions, but primarily at the Little Car Show in the beach community of Pacific Grove.

This was the 5th year of this specialized car show on Lighthouse Avenue, downtown Pacific Grove on the Monterey Peninsula. Last year they featured French vehicles, this year the slant was toward German manufacturers.

The Peel Trident, the red "bubblecar" shown earlier, is said to be the smallest car ever built at just 72 inches long. They were manufactured on the Isle of Man in the UK during 1965 and '66. A close second in size to the Peel is the BMW Isetta 250 or 300. One car I had never seen before was the 250’s rare big brother, the BMW Isetta 600 which actually has a back seat!

I wonder if the trend toward smaller cars may just continue to grow until we are all driving Microcars. While in Italy last year, the main thing I noticed on the streets was the overall small size of cars… basically, Volvo’s are about the largest passenger car on the road - even most of the Mercedes, Audi’s and BMW’s that you see are the smaller models. And yes, there were a LOT of SmartCars, Fiat 500’s and Mini Coopers on Europe's streets, plus increasing numbers of very small (even Micro) electric vehicles such as the Twizzy. Out of necessity, due to smaller roads and higher fuel prices, the size of passenger vehicles has always been smaller in much of the world outside of the U.S., but when gas permanently rises over $5 per gallon in the States, we should also see an inevitable decrease in size and weight in most of our daily drivers. How would you feel about driving one of these microcars as your daily driver? Browse the gallery below and leave a comment with your thoughts.

Best of the Other Cars & Coffee: Supercar Sunday