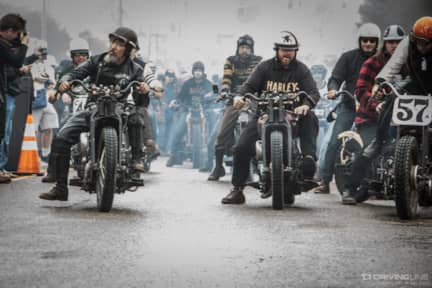 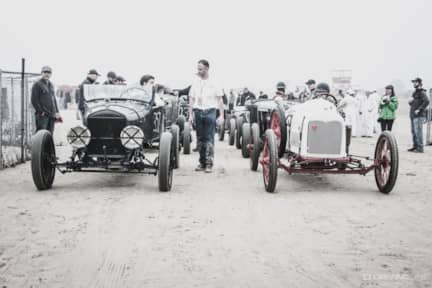 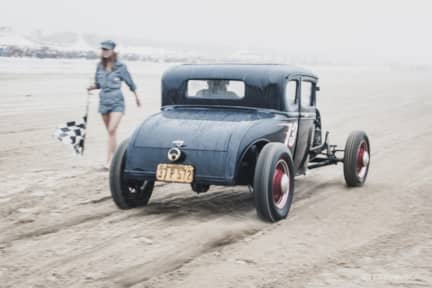 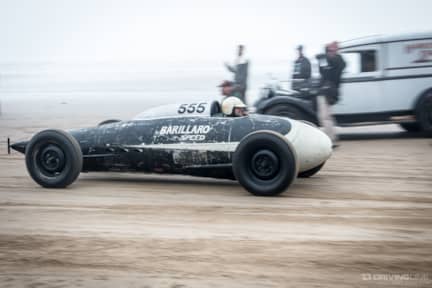 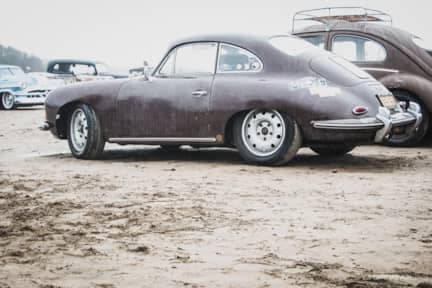 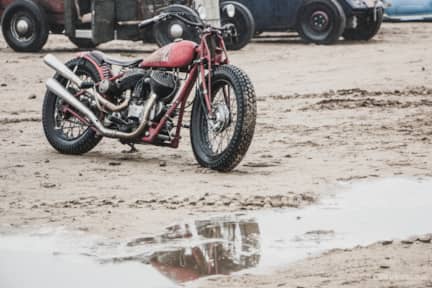 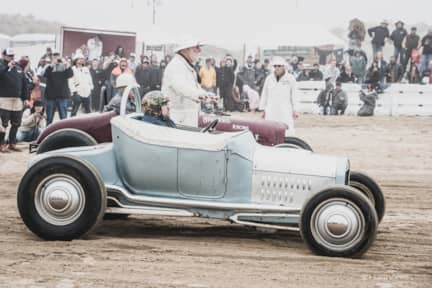 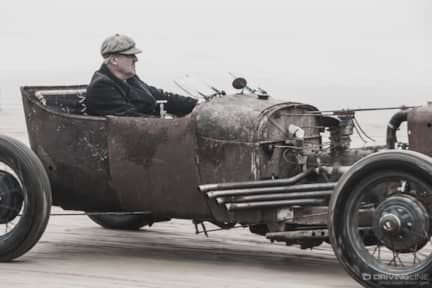 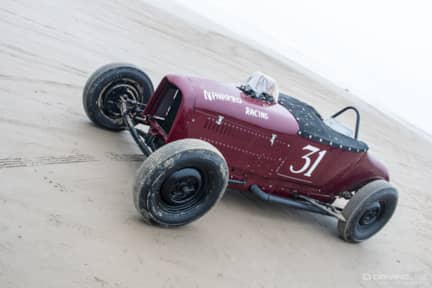 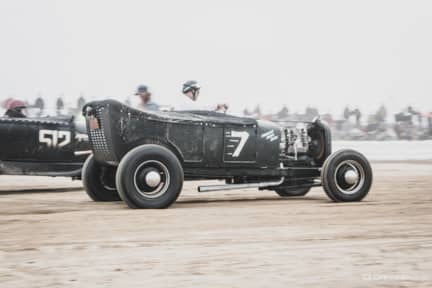 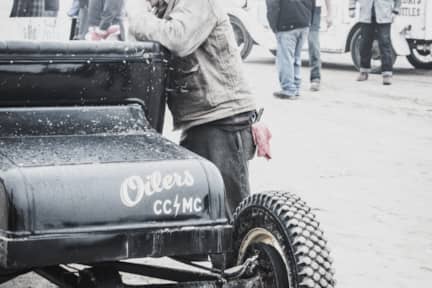 The Race of Gentlemen finally hit the West Coast this past weekend with TROG West 2016! An event years in the making, up until this point, the wildly popular TROG nostalgic racing event has been held strictly on the shores of Jersey. Early-1900s cars and motorcycles took to the shores of Pismo Beach, California, and despite some very wet weather, racers and spectators alike had a blast seeing and hearing these creations come to life.

Driving a vintage car around town is a fun experience, but it's nothing compared to bringing it to a gathering such as TROG. Streets were filled with cars and cycles from the teens through the fifties, and, more importantly, racers took to the sands in them. Read on and browse through the gallery above to glance into TROG West's step back in history.

The official rules for TROG state that car bodies must be 1934 or earlier with engines '48 or earlier, making it possible to use something as "modern" as a Flathead V8. For cycles, of which there were equally as many (if not more), years ranged from 1930 to 1947. And of course, vintage hop up speed equipment is advised. Seeing the racers kickstart, adjust and power their bikes from street to sand was unforgettable.

Racers aren't the only ones who brought vintage cars. Everything from this hand-cranked Ford to the adjacent '50s Pontiac custom were driven from locales as near as Los Angeles and as far as cross-country.

A storm delayed racing slightly due to tide levels, but once enough beach had uncovered, it was head-to-head drag racing action.

Rain fell throughout the entire day, but it did little to dampen spirits.

Of course, most cars required some tweaking and tinkering; here, Dave Shuten of Galpin Auto Sports adjusts the carb linkage on this historic clone of Vic Edelbrock's famed flats-racing roadster.

All-in-all, racers and spectators alike couldn't help but smile, being immersed in such a realistic rendering of the early races we've only ever seen in photos. TROG is a celebration of where we've come with automobiles, and TROG West did not disappoint with its inaugural West Coast event.

For more nostalgic views, check out one of our past TROG recap videos.

Smearing Smiles on Faces at The Race of Gentlemen [Gallery] Part Truck, Part Crossover: The 2022 Santa Cruz is Hyundai's First Pickup for America Pure Nuts at Swindlers' Poker Run The T5 Transmission Was The Muscle Car Gearbox Of Choice In The '80s And '90s

Smearing Smiles on Faces at The Race of Gentlemen [Gallery]

What is a Jitney Bus?