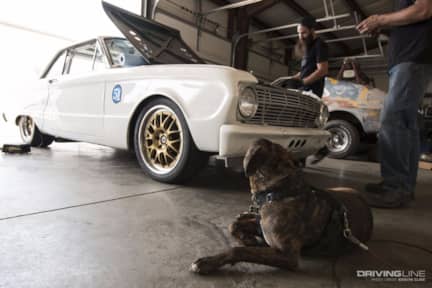 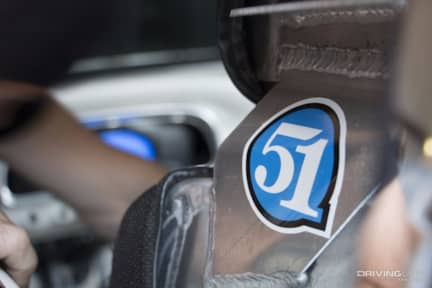 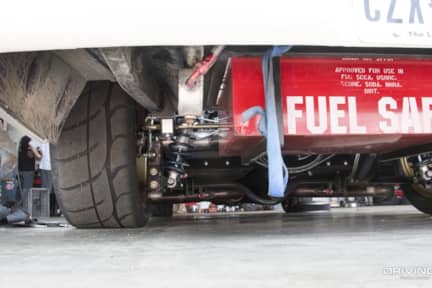 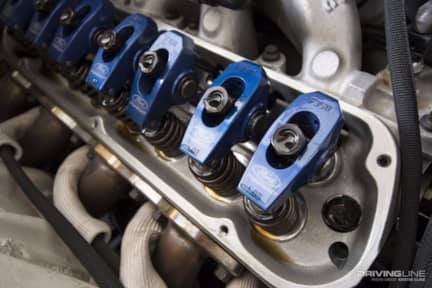 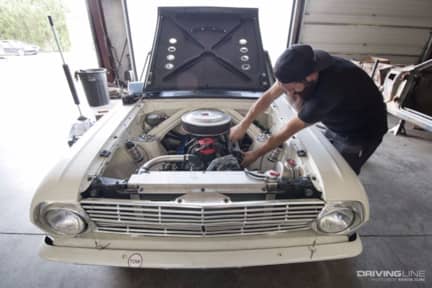 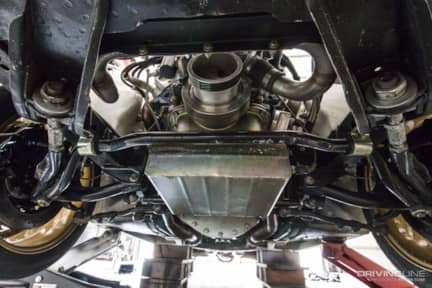 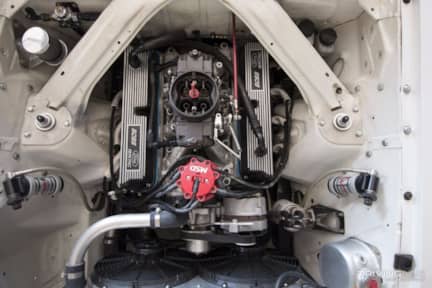 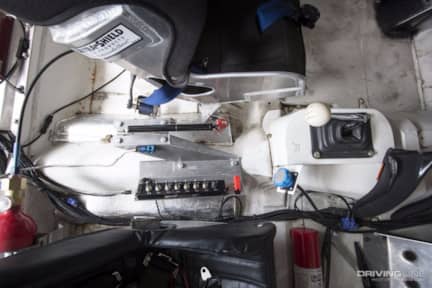 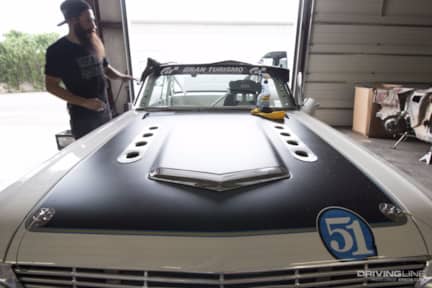 Flight of the Falcon: Aaron Kaufman Takes on Pike’s Peak in His 1963 Ford

If you’re not familiar with the 12.42 mile road known as Pike’s Peak International Hill Climb, its 156 hairpin turns and 4,720 feet altitude climb (that’s almost 4 Empire State buildings!) has given the ultimate challenge to racers for the past 100 years. For Aaron Kaufman of Gas Monkey Garage, it’s only been three years since first appearing at the starting line with his 1963 Ford Falcon.

Just like the race, this Falcon is more than meets the eye. Originally concepted by Jim Hadden, of Shelby Super Snake racing fame, to take on the iconic La Carrera Panamericana. The un-finished Falcon eventually wound up in the hands of the guys at Gas Monkey Garage. They finished the build and added some of their own special touches for an episode that aired first back in 2014 when Aaron decided to keep the car for himself and take it to Pike's Peak.

The car itself is a 1963 ½ Ford Falcon – it’s got the rounder body of a ’63 with the angled top of a ’64. Powering it is the largest of the hopped-up Ford small-blocks, the 363. That first go-round up the mountain was actually Aaron’s first time ever at Pike’s Peak. The car was running leaf springs at the rear. His time that year, as covered on Gas Monkey's show Fast 'N Loud, was 12:53.892 – not bad considering the car, the rookie-ness, and everything he was up against. As the PPIHC website puts it, “As the drivers climb toward the summit, the thin air slows reflexes and saps competitor’s mental and muscle strength in addition to robbing internal combustion engines of up to 30% of the power they are capable of at the Start Line.”

Watching the above video of Aaron drive up the peak in 2014 demonstrates both the white-knuckle drive as well as just how changed the car is from its 1963 origins. With a 1960 Falcon at home in my own garage, I know exactly what that car feels like to drive when it's stock!

The following year Aaron and the Falcon were back with improved suspension and exhaust. 2015’s race was interrupted by a major storm on the Peak, shortening the race course for the second half of the day. Finishing the shortened course with a 05:17.377, Aaron’s most valuable lesson came via input from an old-time racer in the region…

When it comes to the tuning of carbureted engines, many gearheads believe a little bit of voodoo is involved. If you’ve ever watched an expert old-time tuner at work, with their intuition and well-practiced “tricks,” you’d believe it too. The knowledge that a learned mechanic like Aaron was applying to zeroing in his engine’s set-up turned out to be totally backwards for what’s needed on the extreme elevation changes that Pike's Peak brings. With the discoveries imparted by the old-timer last year – a tune using higher octane, more advance, and more fuel – Aaron is hoping for his best run yet at the 2016 Pike’s Peak International Hill Climb.