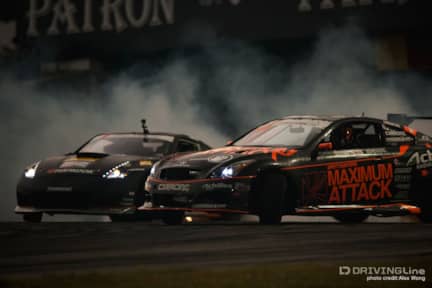 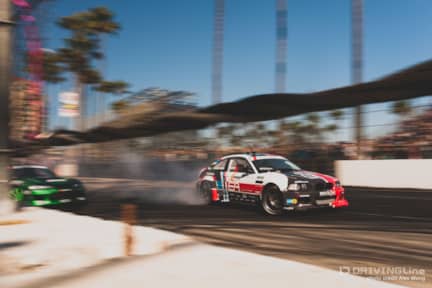 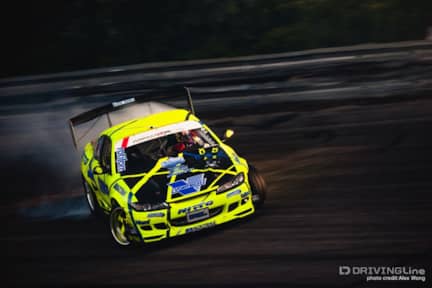 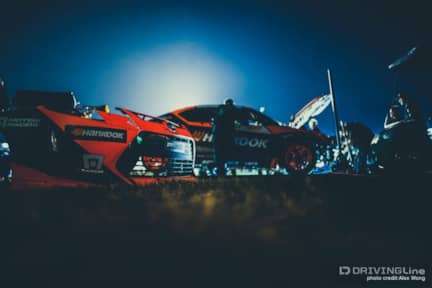 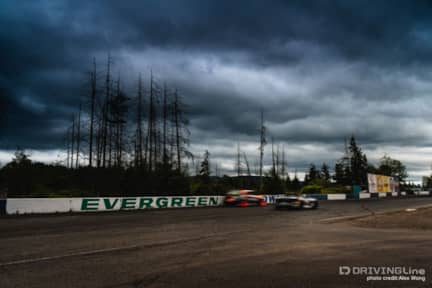 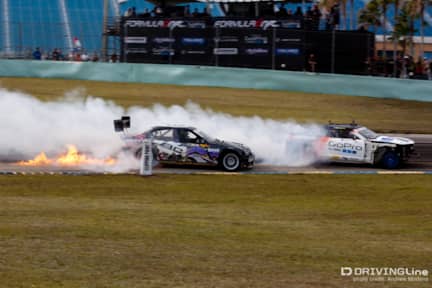 As the final round 7 of the 2014 Formula DRIFT Championships plays out this weekend at Irwindale Speedway, take a break from the livestream and catch up on how the year played out. DrivingLine has been doing Top 16 recaps for the full season, see what you missed out on!

The narrow tracks require everyone to start the year off at the top of their game. Micheal Essa was back to defend his championship title and battled strong all the way to the Top 4. Then Chris Forsberg and Justin Pawlak called it close before Forsberg claimed the win.

A wet day of qualifying got things off to a slippery start in Hotlanta. Vaughn Gittin Jr. faced Justin Pawlak for a Mustang face-off in Top 16 and they progressed on to repeat a One More Time not just once, but twice (is that called a Two More Times?)! After getting past that, Gittin Jr. powered past Robbie Nishida and Fredric Aasbo to take the podium.

Landing at Homestead-Miami Speedway for the first time, this round would bring a whole heap of curveballs. Top points leaders wouldn't qualify, cars fly in the air and catch on fire. Matt Field runs epic against Chris Forsberg for a OMT before Forberg heads victory to Vaughn Gittin Jr.

The unforgiving track at Wall Speedway lived up to it's reputation as it swallowed up drivers and spit out car parts. Despite the challenge of the track, Odi Bakchis made his way to his first ever podium finish while Fredric Aasbo snagged first.

Another upset to the usual. This round saw surprising qualifying results, Michael Essa not making it to his Top 16 battle, Ken Gushi going head-to-head with Ryan Tuerk in a OMT showing impressive performance, Aasbo and Bakchis have an epic tandem and OMT - but at the end of the night it's Darren McNamara who takes a stand at the top of the podium for his first time.

Drivers give it 150% as time is running out to add points towards the 2014 championship. Chris Forsberg, hitting the podium consistently throughout the season, could secure his place on top if he takes first. After crazy twists and turns to this plot, it's Aasbo who wins over first place, Bakchis getting another podium in second, and Forsberg taking third.

Big Changes Ahead for 2014 Formula DRIFT