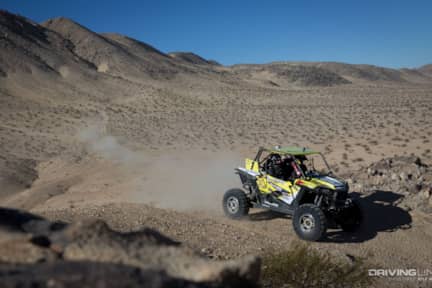 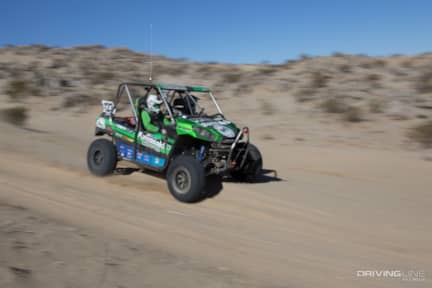 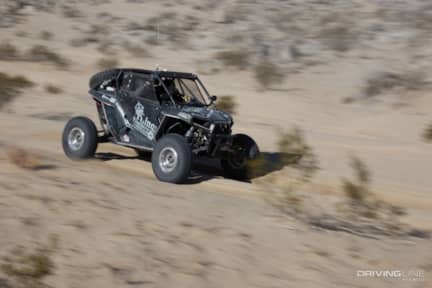 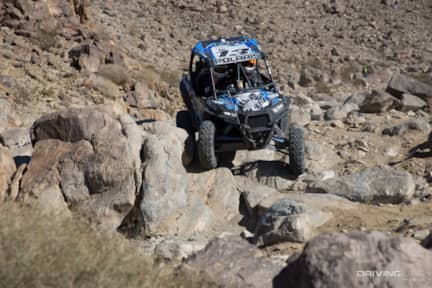 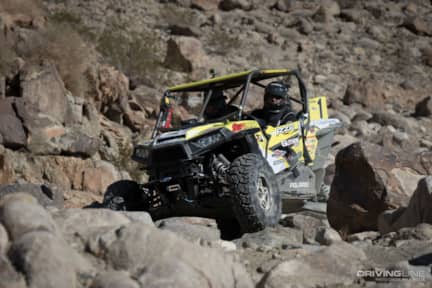 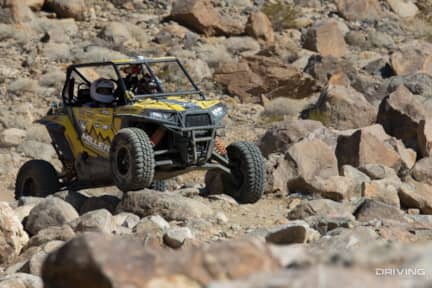 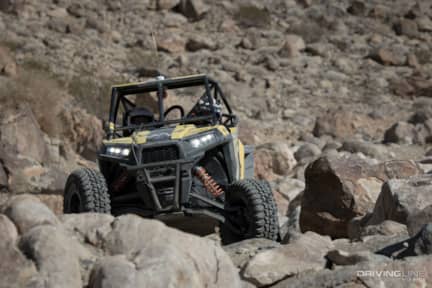 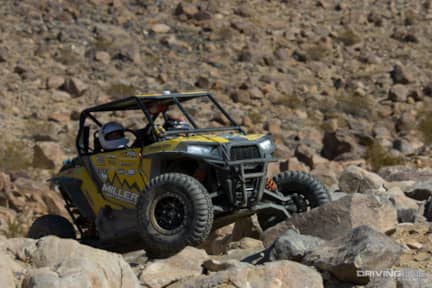 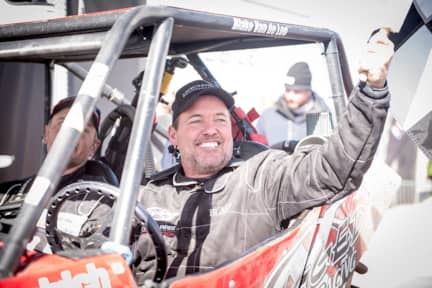 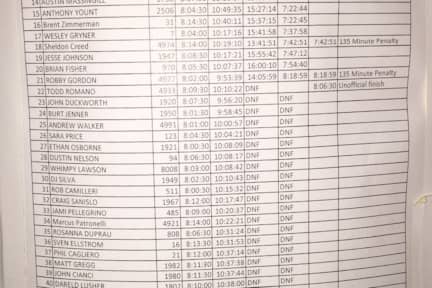 Race Day Results from 2016 UTV King of The Hammers

The 2016 Polaris RZR UTV King of the Hammers brought upsets and excitement! The UTV race continues to grow, drawing big names this year like desert legend Rob MacCachren, Dakar winner Marcus Patronelli, Caitlyn Jenner’s son and Stadium Super Trucks racer Burt Jenner, and former X Games Moto X rider Sarah Price. As King of The Hammers race week has grown significantly each event of the past ten years, the UTV race has really become an event of its own merit – offering racers an equally exciting but much more affordable form of racing then the unlimited 4400 class. Like all KOH events, finishing is never easy – this year only 1/3 of racers would finish the 115-mile course.

Some 4400 drivers, such as Erik Miller, race both. Not only does it offer more seat time on the course, but the lure of being able to win not just one but two (or three if you race also in the Every Man Challenge event also) King of The Hammers titles.

In the eight-year history of the UTV event, Mitch Guthrie has come out on top six times including last year’s race. 2016 would finally see a new winner, Blake Van de Loo who has now competed for four years and finished a full 30-minutes ahead of the second place finisher, Branden Sims. Continue reading the official press release below including a full list of finishing places and times. Click to jump over to Driving Line’s full 2016 King of The Hammers coverage.

Blake Van de Loo Takes the Crown at the

February 4, 2016 (Johnson Valley, CA) -- At the start of the Polaris RZR KOH UTV King of the Hammers, all eyes were on six-time KOH UTV Champ Mitch Guthrie. The question was—could the quiet, unassuming racer from Glendora, Calif., who had dominated the class for more than half a decade, net a record seventh win?

The answer? Not if Blake Van de Loo from Phoenix, Arizona is in town. Van de Loo, who won the UTV class of the 2015 Baja 1000, used his desert racing skills to quickly close the gap on Guthrie on the first lap. “I definitely took some risks in the desert,” said Van de Loo, who was the seventh driver to leave the start line—five positions behind Guthrie. “I pushed a little harder than I probably should have, but I kept it in control, and we got out in front and that’s what we wanted to do.”

Van de Loo and Guthrie then headed into the second lap neck-and-neck. “We caught Mitch after lap one, but then we were battling in the rocks going back and forth,” said Van de Loo. “Mitch is such a classy driver though. We’d catch up and he’d let us by and then he’d catch us, and we’d let him go by. We traded positions about 10 times.”

It wasn’t until Guthrie broke a front heim on his lower A-Arm coming down Jackhammer that Van De Loo took the lead for good. Guthrie estimates the mechanical cost him about 40 minutes—an amount that let Van de Loo easily run away with the race.

In the end, Van de Loo tackled the 115-mile course in a time of 4:22:53, 30 minutes faster than the next competitor. After recovering from the mechanical, Guthrie battled his way back to 5th. An impressive feat considering two-thirds of the field DNF’d, including 2016 Dakar Rally winner Marcus Patronelli.

On whether or not Guthrie was surprised that Van de Loo was the eventual winner, the former champ stated that “absolutely not."

“Those were the two guys (Van de Loo and second place finisher Brandon Simms) that I was worried about at the start of the race, and they both came in ahead of me, so congrats to them.”

The victory marks Van de Loo’s first win in four starts and only the third time in the eight-year history of the UTV event that there has been a new winner.

Watch Live Streaming of King of The Hammers

King of The Hammers Takeover

The Real Story Behind King of the Hammers