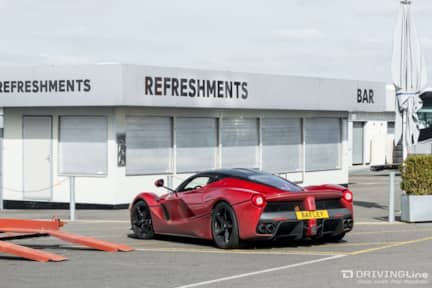 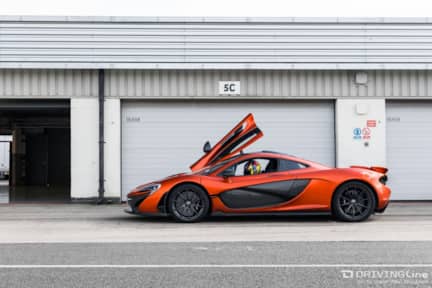 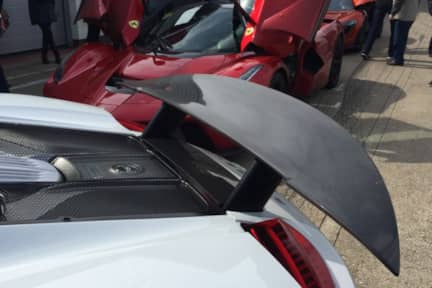 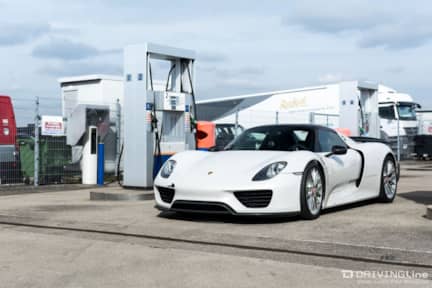 The Holy Trinity of Hypercars at Silverstone

Imagine owning a Ferrari LaFerrari, Porsche 918 Spyder and a McLaren P1. Besides producing a perpetual car-gasam by owning all three, what if you had to choose just one as the best? What would be your criteria and what would come up as king of the hypercars for you? Clearly, any conclusion would be nothing short of subjective — a matter of personal taste and preference. Once a car reaches the nether regions of hypercar status, things like speed and creature comforts take a back seat to engineering prowess, history and straight up automotive magic. Recently, I was invited to Silverstone Circuit, home of the British Grand Prix, to check out the aforementioned trio. To see them driving hard on track together would have been enough to make Clarkson spit out his cold meat platter. What car was fastest I hear you ask? Well in reality, unless you have professional drivers behind the wheels and identical setups, you’re never going to get a true reflection of which car is setting the quickest lap times. Fortunately for us all, we have social media and whichever social site you frequent, every man and his dog has their own opinion on which car is best, fastest, sexiest and so on. It would seem, irrespective of any official results, car fans throughout the world formed opinions long ago. Strangely some of the strongest opinions of “my dad’s bigger than your dad” seem to derive from people who have never even seen a hypercar in the flesh, let alone been behind the wheel of one. Keyboard commenters are eager to spew opinions en masse on the internet without a shred of credibility to their name. For me it’s always entertaining to read this kind of discussion and, these kind of opinions are what makes the world such a unique place (after all it would be boring if we all liked the same things, right?). So, after having a day with all three cars at Silverstone the thing I cared least about, bizarrely, was which was the fastest around the track. While being a self-professed speed addict, there comes a point where there is more to a car than speed itself. The reality is these three cars are the height of automotive engineering today, that when constructed end up being approximately 1,500kgs/3300lbs of quivering passion. Even though I have yet to get behind the wheel of a LaFerrari, a friend who owns one, together with a P1 and 918 says the LaF is his best and fastest car by a country mile - and then some. Another friend, who owns a 918 and P1, says the Porsche is the daddy of all hypercars and it would beat anything around the track. No matter whom you talk to, opinions on which is the best will vary to an almost disturbing degree, but comes down to the simple fact that regardless of performance numbers, cars are always a subjective subject, prone to the whims of public opinion and fanfare. Whatever anyone says, when you get to this level of cars, it is simply all a matter of personal taste. All of these cars -plus the associated cars such as the Huayra, Veyron and the wild new Koenigsegg’s - are all crazy fast. Ultimately, being the lightest, most powerful and with the most aggressive styling… The LaF just seems the craziest out of these three to me. Don’t get me wrong, it wouldn’t be my first choice by any stretch to have in my garage, but even if the 918 is faster on the track I can’t imagine it would be more fun to drive. Having these three cars is incredible and I am hugely jealous of the lucky owners. However, after seeing all three on the track, the back-and-forth bickering often accompanying any online debate about these cars needs to end, not because the debate on which is the fastest doesn’t matter, but because it shouldn’t matter. There comes a point when cars simply need to be enjoyed, which is exactly what happened at Silverstone with this trio. PS. I still think the Ferrari LaFerrari has the worst name of any car ever made - but ho hum, I'm not paid to make those kind of marketing decisions…

KA-CHOW! The "Cars" from the 2015 Pixar Motorama
Bombshell: An International Harvester Restomod Goes to SEMA
8 Facts Wikipedia Won’t Tell You About the McLaren P1
The 5 Best Ford V8 Engines of All-Time

8 Facts Wikipedia Won’t Tell You About the McLaren P1

The Hypercar Trickle Down Effect