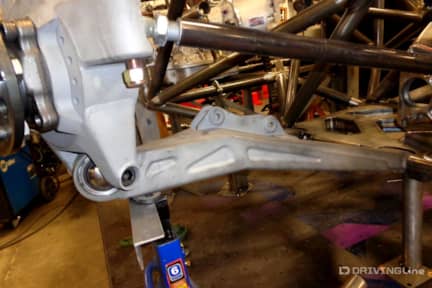 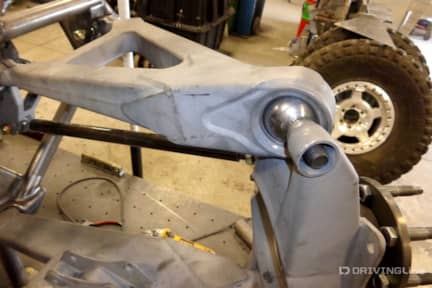 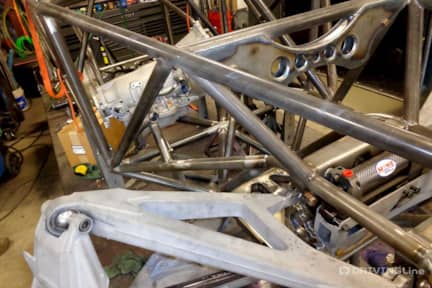 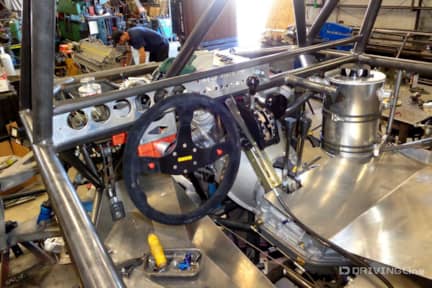 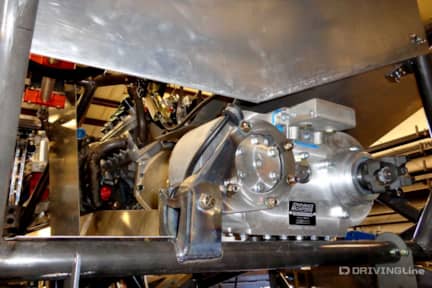 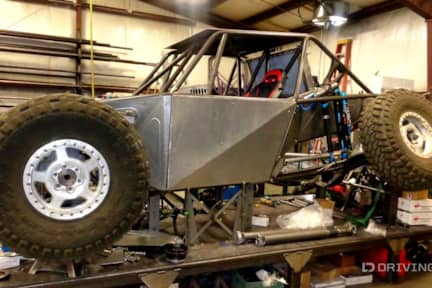 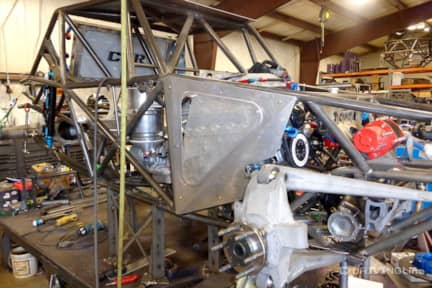 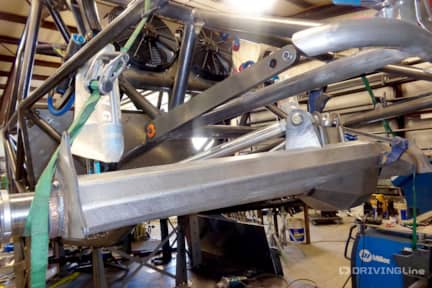 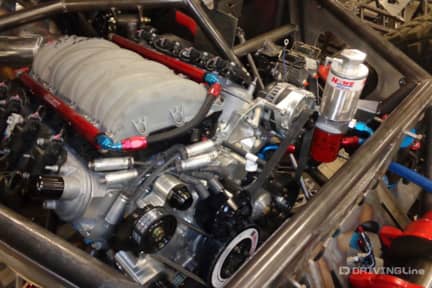 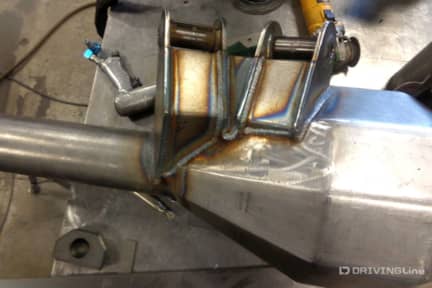 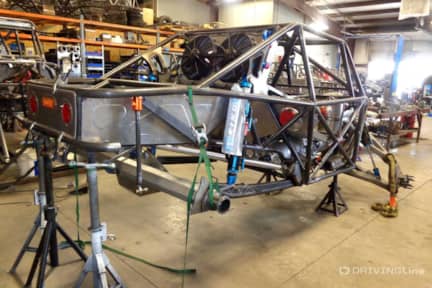 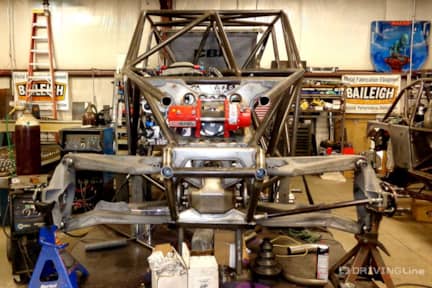 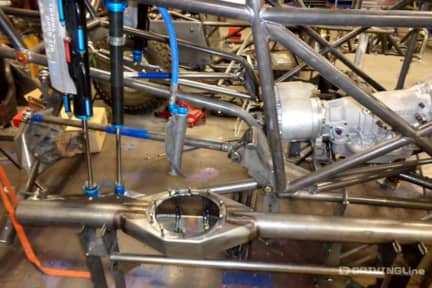 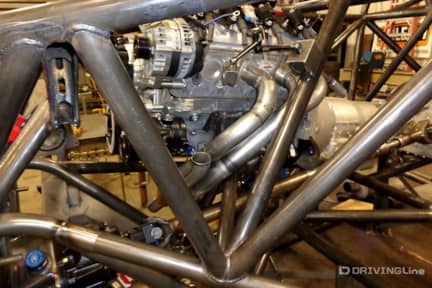 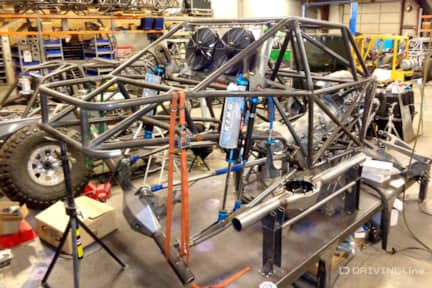 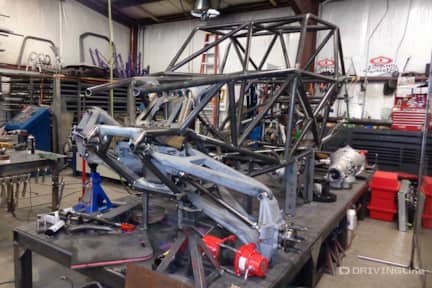 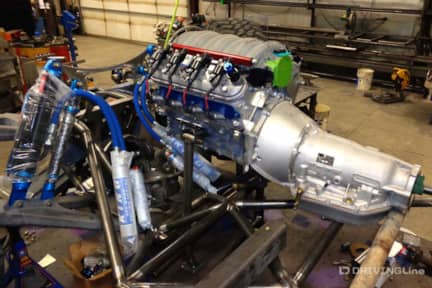 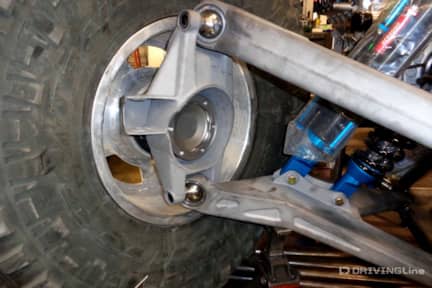 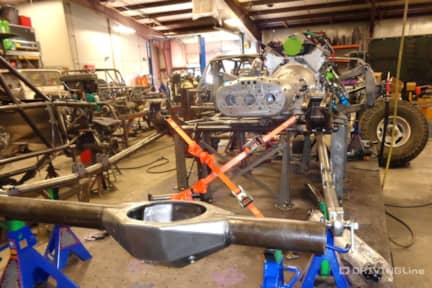 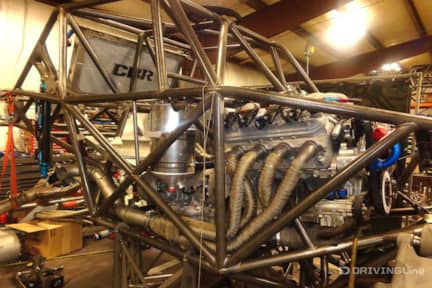 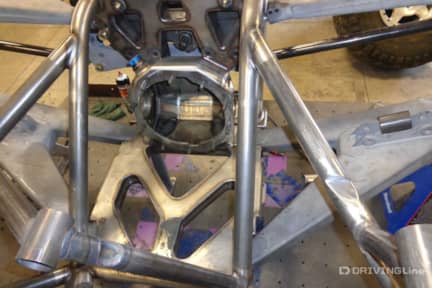 It is difficult not to draw comparisons between Loren Healy and Jason Scherer. Both are Nitto-sponsored drivers. Both are King of the Hammers winners. And both have debuted new, single seat IFS Ultra4 cars recently. That is where the similarities end though. While the creation of Jason Scherer’s car was very public and up against aggressive deadlines in order to be completed for the Ultra4 Stampede, Loren Healy took a more private approach.

“We didn’t set any deadlines,” Healy confesses. “I have had brand new cars on the lakebed at King of the Hammers, and honestly it isn’t much fun. You end up chasing gremlins all week and are worn out before the race even starts.” Like Scherer, Healy had an IFS car previously. “It was big, long, and heavy for long distance races like Vegas to Reno. Basically a 4WD Class 1 car. The new car is 1000 pounds lighter and better suited to current Ultra4 races.” Armada Engineering designed the bulkhead, a-arms, steering, belly pan, and rear suspension geometry. Unlike most IFS Ultra4 cars, Healy’s uses a front engine design that does not require him to run his differentials upside down in the Spidertrax axles. It also allows him to run the Howe steering rack upright, in a more traditional and reliable fashion.

Healy then worked with longtime sponsor and friend, Randy Rodd at Jimmy’s 4x4, to complete the new car. The result has a 91-inch track width, 120-inch wheelbase, and weighs 4,200 pounds.

“We were very conscious of tubing size and thickness,” Healy shares. “We also went smaller on our shock package to shed weight.” The new car uses 2-inch King coil carriers with PAC springs and 3-inch King bypass shocks at each corner.

The drivetrain consists of proven components that put Healy on top of the podium earlier this year at the King of the Hammers. A 450ci Gearworks LS7 engine is lubricated by a Dailey dry sump, fed from a 50 gallon fuel cell, breathes through Dynomax exhaust, and is cooled by a CBR radiator. Nearly 700 horsepower are fed through a Gearworks TH400 three-speed automatic and Advance Adapters Atlas II competition transfer case. Different transfer case ratios are used to best suit different courses.

Healy and his collaborators started on the new car right after King of the Hammers. “It could have probably been done for the Ultra4 Stampede,” he reflects, “but we didn’t want to rush it. Instead we took our time, didn’t cut any corners, and had the car dialed in when we arrived at Glen Helen.” The move paid off, as Healy won the Ultra4 Grand Prix at Glen Helen right out of the gate. “We designed the car around 40-inch Nitto Trail Grapplers and ATX Slab beadlock rims,” Healy explained, “but at Glen Helen ground clearance is not as much of an issue so we ran 37-inch Trail Grapplers to lower the car for improved handling.”

The win at Glen Helen adds to Loren’s podium finishes at the Stampede, Badlands, and his win at King of the Hammers. The strong performances give Healy a commanding lead in the Ultra4 National Championship and West Coast Regional Series. In the East Coast Regional Series Healy is currently third, putting him within striking distance of the Triple Crown of Ultra4.

Healy is quick to credit his sponsors and crew for the consistency in a motorsport notorious for finding the limits of even the best equipment. “ATX Wheels and Nitto Tire have really made this all possible,” Healy explains. “Their support has not only allowed us to travel all over the country to race, but also to prep the car between races without any compromises. If a part looks questionable, it comes off the car.”  Co-driver/spotter Casey Trujillo, Crew Chief Clint Ritter, and of course Randy Rodd from Jimmy’s 4x4 have all put in long hours with Healy to ensure his car is ready to win when it takes the course, regardless of whether it has IFS or a solid front axle.

Healy currently owns both and just like changing transfer case ratios he changes cars to suit a particular race. “I have not had it in the rocks at Johnson Valley yet,” he shares, while holding his cards close to his chest. “I do believe that a navigator is an advantage at King of the Hammers.” Perhaps the biggest tell though is the fact that his King of the Hammers-winning solid axle car is for sale - speaking volumes about Healy’s confidence in his new IFS car, right out of the box.

Celebrate his new car by checking out the exclusive Red Dragon CARtoon.

Dust and Glory at Ultra4 Fallon 250