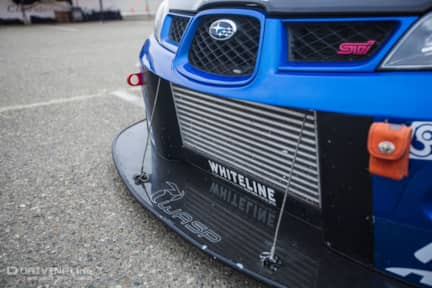 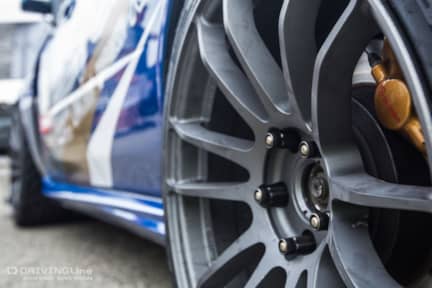 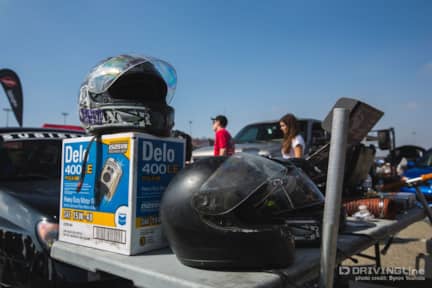 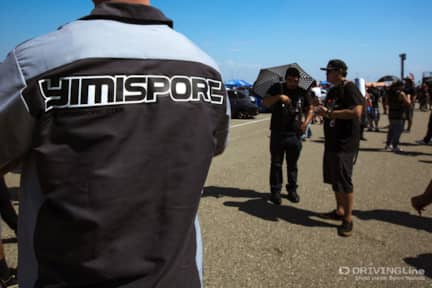 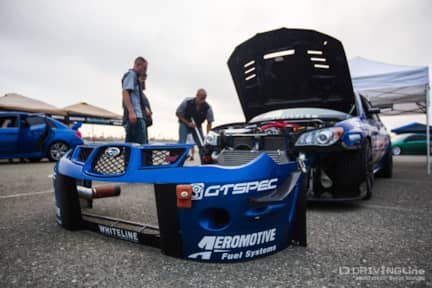 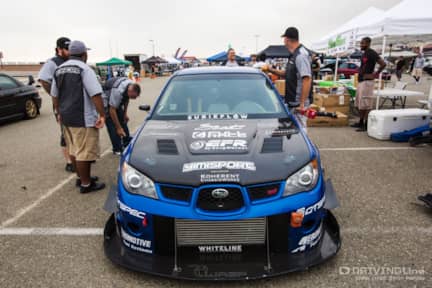 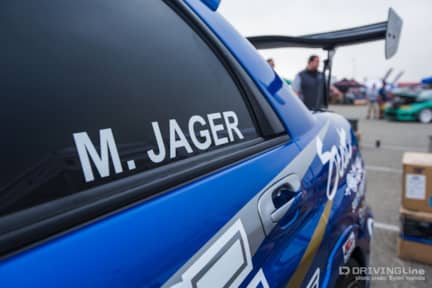 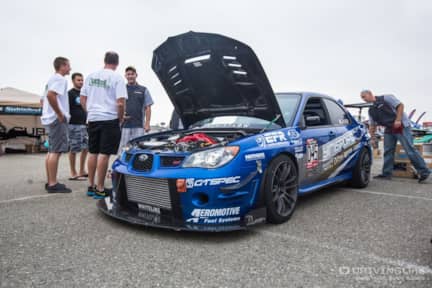 If you’ve ever attended Redline Time Attack events, there’s always a STI that will draw your attention. Get closer behind the Blue 2006 Subaru STI and you’ll find Mark Jager, the driver and owner. Sitting at 6’1” with brown eyes, brown hair and sporting a happy-go-lucky smile sits the man with multiple time attack records under his belt. Like many young Americans, Mark grew up with an interest in cars and began fixing them up at an early age. At age 16 when he got his license, he was given a ‘91 civic 4-door and began modifying it right away. During one teenage summer, Mark spent time at his father's in Michigan to work on a Ford Escort his father had just purchased. The car needed everything from a tune to a paint job, but with a lot of TLC the two were able to restore and sell it. A native of Rosamond, CA, Mark initially started racing at the now closed Los Angeles County Raceway (LACR) in nearby Palmdale. Mark and several of his friends made a ritual of heading to LACR every Wednesday and Friday to the test and tune their cars. In the evolution of doing so, motor swaps and turbo upgrading became the normal progression of racing. With the closure of LACR in 2007 and the purchase of his current 2006 Subaru STI, Mark needed an outlet for his racing prowess. “It was only fitting to try Willow Springs, although I will admit it took my wife to pay for my first track day before it happened,” laughs Mark. He transitioned from the drag races to finding High Performance Driving Events where he could explore the limitations of his car better.  After a few years of doing so, Mark's racing quickly escalated with the return on Redline Time Attack in late 2012 - and then soon after, Global Time Attack/Super Lap Battle in the same year. Mark decided he wanted to make racing part of his lifestyle, so he pushed himself forward and began working with the crew at Extreme Speed Track Events. This included helping with event coordination and set up - whatever they needed, Mark helped. After working various parts of the events, Mark was integrated into their team and began doing what he really wanted; instructing and helping other drivers maximize their track potential. Mark was able to work with Doug Barnhart, Chris Willard, Joel Perez, and Amir Bentatou among many other instructors at Extreme Speed. Each of them handed down invaluable racing knowledge and assisted in substantially accelerating Mark’s learning curve. “Getting out on the track and getting a good instructor sitting next to you,” is Mark’s advice for anyone that wants to become a better driver. His philosophy, “Going fast is a byproduct of your discipline and learning good technique,” is something he lives by. Mark attributes his success to being surrounded by amazing friends at the track that helped him push his skills with positive encouragement. “The track is full of great people, you just have to get out there and meet them,” says Mark. You’ll seldom find Mark alone at the track and will often find him with his team, Rachel Jager, Ken Kasitz, Paul Leung of Yimi Sport Tuning, Rob Campbell, and Gil Martin to name a few. Over the course of the past seven years, Mark and his STi named “Honey Badger” have come a long way - holding records at Willow Springs, Auto Club Speedway Roval, Streets of Willow, Auto Club Speedway Infield, and Chuckwalla. 2013 was an amazing year for Mark - the STI started the year with a stock motor, turbo and no aero and ended it with upgrades across the board - leaving only the block and heads in stock condition. Through the upgrades, Mark was able to set three Time Attack records, nine Overall Street Class Champion titles and a second place finish at Super Lap Battle, the biggest Time Attack event of the year. Not too bad for a first year in the series! As the STI headed into the 2014 racing season, the EJ25 received a complete makeover with forged internals from Scat, JE, ACL, Supertech, and a larger Borg Warner turbo. With the newest upgrades, the Time Attack beast was able to push new limits within Street Class and shaped Mark’s decision to make safety upgrades such as a new roll cage. With the lap year going so well, the team is making a huge push to reset the limits of Street Class and make their name heard. “So far I think we’re doing just that with 4 new records and overall event win. I traveled out East to Global Time Attack at Road Atlanta and was able to take home a victory there - which was an incredible feat!” says Mark. Now the team has it's sights set on Super Lap Battle 2014 with the intent of resetting the Street Class records. When asked what his aspirations were, Mark said “I would say to drive in a series such as Grand Am, Tudor or Continental.” Aside from a lot of effort, he believes he could compete in one of those if he focuses on training for wheel-to-wheel racing while attending more driving schools and collecting funds from instructing. Mark even keeps open to the ability to learn from his students. With over half of the racing season done, we’ll see where 2014 leads. For those that are interested in asking Mark questions or simply keeping up with his ventures, you can follow him on www.facebook.com/jagerracing, IG: @jagerracing, and his blog at www.jagerracing.net.

The Most Memorable Moments of #GRIDLIFE Revealed [Gallery]