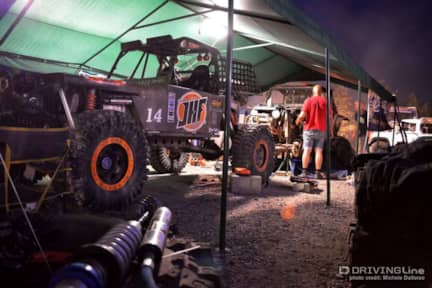 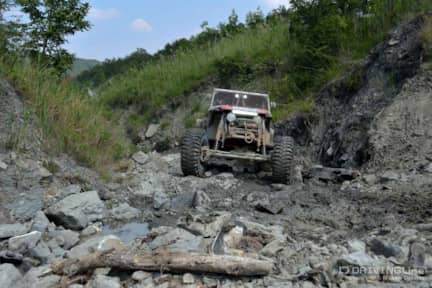 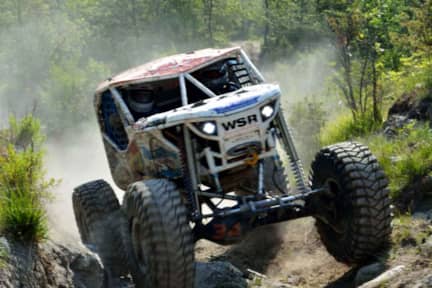 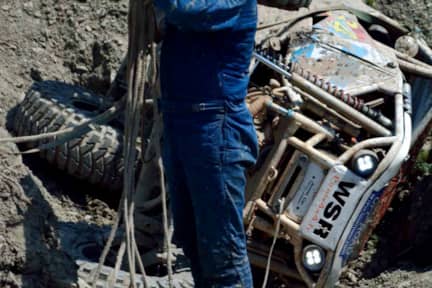 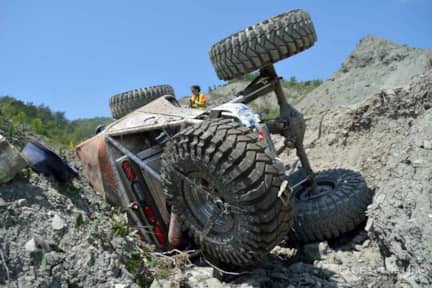 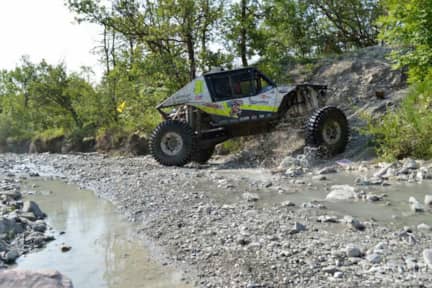 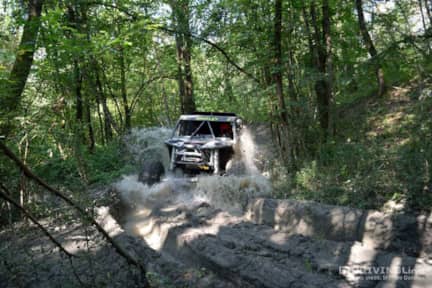 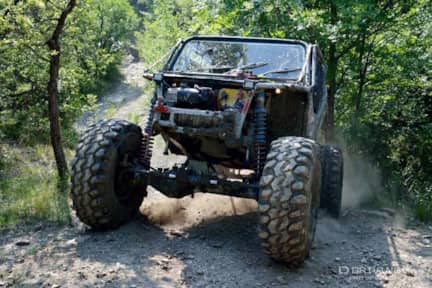 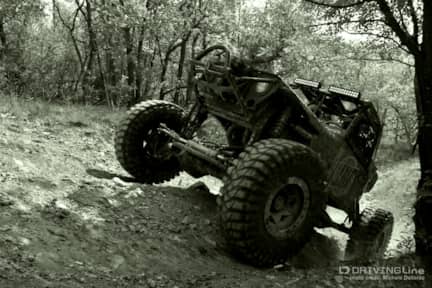 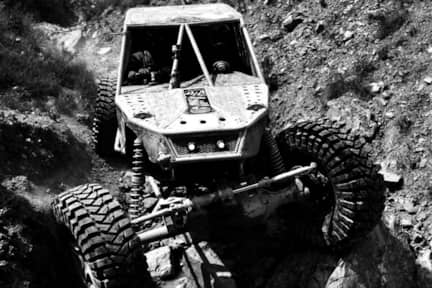 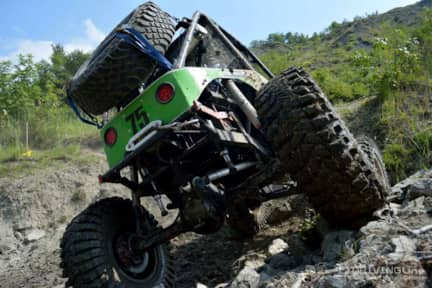 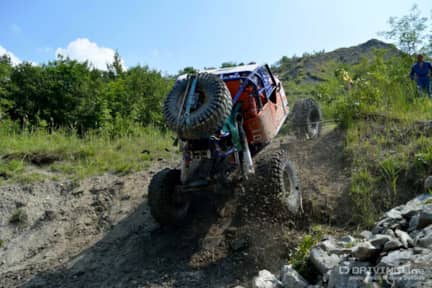 Ultra4 Heads to Italy | King of the Mountains Gallery

Ultra4 was born in the rocky deserts of Johnson Valley, California - but that doesn't mean there aren't off-road racing enthusiasts the world over eager to see and compete in its high-speed rock crawling action. Which is why Ultra4 is building a European series, comprised this year of four events in four different countries: Scotland, Italy, UK, and Portugal. Follow along as DrivingLine's Italian correspondent, Michele Dallorso, introduces you to Ultra4 in Italy. It's 5:30 AM on Saturday when I hop in my Land Rover – headed for Varano De Melegari, the site of the 1st ever Ultra4 race held in Italy. King of the Mountains as they’re calling it, is being held at the shooting ground of Mt. Capuccio, at the epicenter known as “Motor Valley” of Emilia-Romagna. While it’s not exactly Johnson Valley, the location offers everything a racer could ask for...long gravel tracks for speed, dry river beds to crawl through, and some wooded muddy sections. A “whoops” section was even added in for good measure, dubbed “the KING shocks zone.” Clocking a total of 25km (~15 miles), the course offered a good challenge for this episode of the European Series. Starting with 24 registered teams, the small army of racers is a melting pot from around Europe and beyond. Coming the farthest was Levi Shirley and Lucky Dog Racing from Dodge City, Kansas, armed with his Eurofighter, built by UK racing partner Rob Butler. Another player from the old island, and a familiar sight on the muddy fields of Europe, was team Gigglepin’s #69. Arriving with high hopes, but unable to compete due to their new sequential gearbox which refused to play along during prologue (aka qualifying). They exhibited the utmost in English self-control, as personally I would've probably set fire to the thing, burning it down to ashes out of rage! Axel Bürmann from Belgium suffered the same mechanical failure, as I found him sitting along the river with his co-driver with a given up Atlas transfer case. Back at the campsite they attempted repairs and decided to attempt staying in the race using the 2 gears they had left – but come time Sunday the plan didn't work out, as they were out of the race too. Another team from Belgium battling repairs was team D&G/Fireant. Working on the vehicle until late into the night (I know because I was trying to sleep in my tent nearby,) they were unsuccessful at repairing their brake issues. Not all are stopped by mechanical issues though. 13 teams managed to finish all four runs of the weekend. Just before the end of Sunday’s race, when I thought the games are done and all vehicles have passed, the Marshall shouts out about a wheel pointing up in the sky somewhere in the hills. Marching under the hammering sun, I found the WSR buggy #34, rolled in a ditch. Getting some help from another vehicle, they get back on track and finish – gaining a total time to place them in 6th for the event and securing them the top spot overall in European series points. Probably the most consistent European Ultra4 team, WSR are ones to watch. Another survivor is Italian team Ciani Offroad - despite suffering a flat tire and a broken rear swaybar bracket, they manage to conquer the 2nd spot on the podium. The 1st and well deserved spot goes to Levi Shirley of the US, who maintained super fast speeds throughout the two days of racing. When he told me earlier in the weekend that this kind of terrain is his favourite, he certainly did mean it. Shirley also claimed the fastest lap time of the weekend with 38:02 (38:00 was the fastest lap time allowed.) As a testament to the quality of build and the level of performance these vehicles can boast, Rob Butler with Off Road Armory team in the other Eurofighter takes the 3rd place. This 2014 King Of The Mountains was hopefully the first of many to come. Italy has fantastic locations to host Ultra4 racing and, I may be biased but, Emilia-Romagna is on top of the list. In the future, I’m keeping my fingers crossed for more demanding rock crawl sections...perhaps Dave Cole can figure a way to ship some huge granite boulders out from the US next year!

2016 King of the Motos Gallery + Results

Cody Webb Wins the 2020 Progressive King of the Motos

Snapshots of the 2016 Ultra4 Nationals [Gallery]