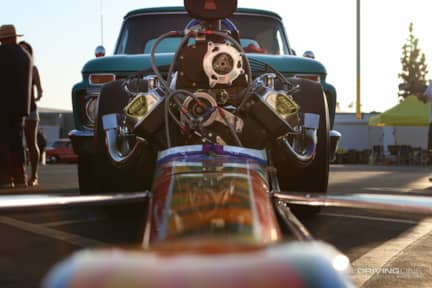 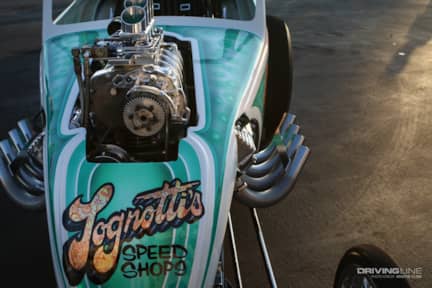 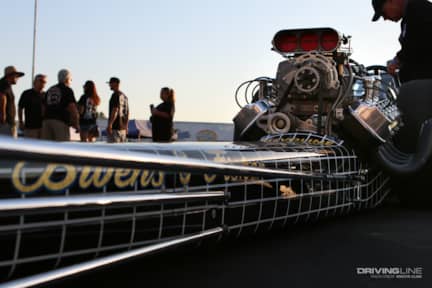 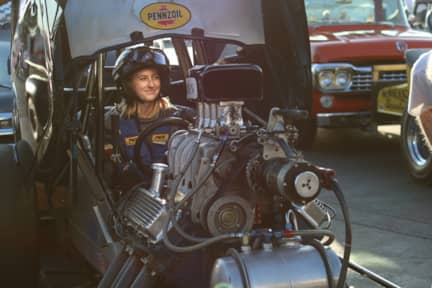 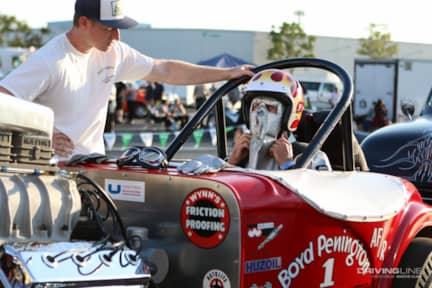 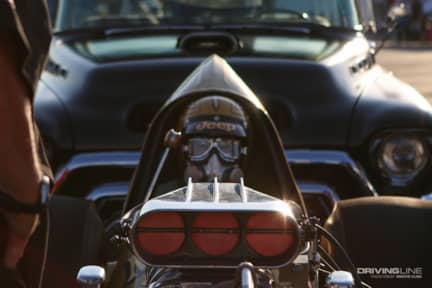 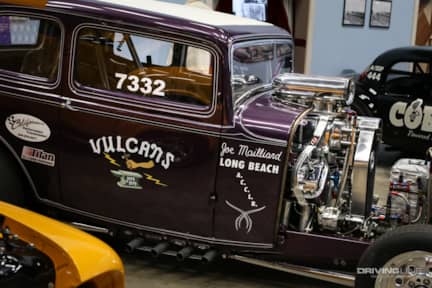 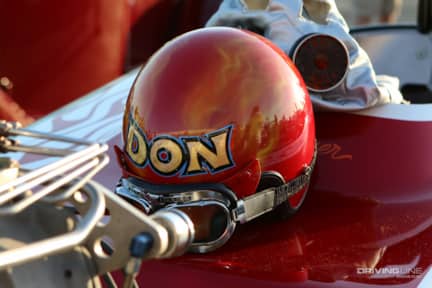 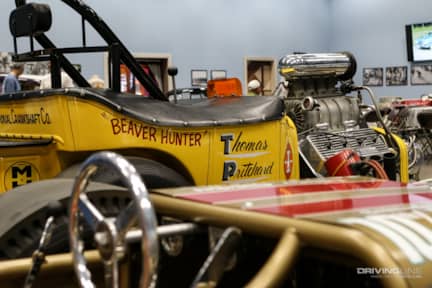 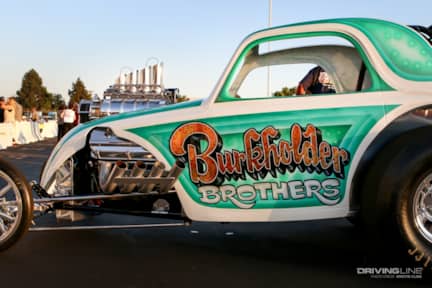 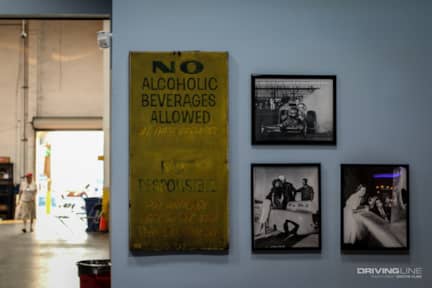 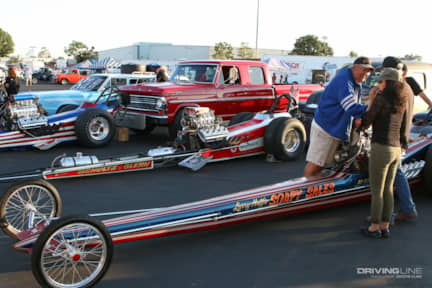 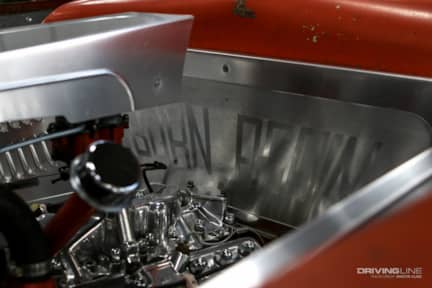 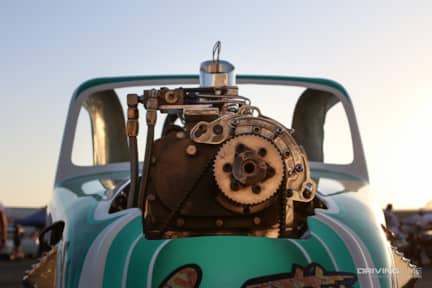 Any vintage car enthusiast has surely heard of Lions Drag Strip, but as it’s been closed since 1972, some of you Driving Line readers may not be familiar. Before we dive into the inaugural Spirit of Lions event, here’s a drag racing primer to catch you up…

As young soldiers returned to the U.S. after WWII with extra cash to spare, many found a hobby in hot rodding and modern car culture as we know it was born. Naturally, their modified cars needed to race — resulting in hot rodders quickly becoming seen as misfits and hooligans. Enter the drag strip. Across the country quarter-mile strips opened, allowing hot rodders a legal space to throttle down and let their engines loose.

Lions Drag Strip opened in 1955 in Southern California, bordering Long Beach, and quickly became one of the premier drag strips in the country. It was the place to be, with crowded grandstands and the most cutting-edge race cars of the day. Lions track manager Mickey Thompson promoted night racing and installed lights to make it happen as well as replacing the flagger with the first “Christmas Tree” — all of which helped to catapult Lions’ popularity.

While the drag cars of that era aren’t going to beat the speeds, records and technology of the modern age, their engineering, innovation and raw danger keep them thrilling to encounter even today.

The trucking warehouse that the inaugural Spirit of Lions was held at currently houses an impressive private collection and is being built out further to house a Lions Drag Strip museum. Sitting not far from the land that Lions used to occupy, on 223rd St. between Alemada and Sante Fe, the Spirit of Lions event gathered an impressive number of historical drag cars which all fired up at once for a few glorious minutes of mind-numbing cackle.

Plans are to build a recreation of Lions starting line area in the warehouse, which already houses a good number of historic cars and Lions artifacts. We look forward to visiting the collection again for a more in-depth look and will definitely mark our calendars for next year's Spirit of Lions!

See more from the Lions Drag Strip in the photo gallery at the top.

Up in Flames: 8 Tire-Shredding Drag Feats From the 2016 Funny Car Nationals